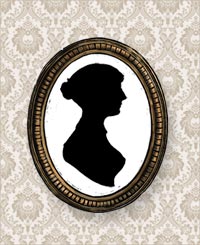 Ms. Jane Austen whose fine penmanship produced the greatest companions of English literature, from Pride and Prejudice to Persuasion, is ‘A Lady’ whom one would desire to know a great deal more about. Though her life spanned but a mere 41 years and some months, her history is as filled with event as any life twice that length. Born to Revd and Mrs. Austen on December 16, 1775, Jane was their seventh child of eight. Delivered on a day that saw both fog and sun, it portended the conflicting future of this literary star most precisely.

Growing up in close companionship with her eldest and only sister, Cassandra, Jane, at an early age, began to have notions of exploring her arch imagination in very independent ways. From toying with ideas of being married to a ‘Jack Smith’, and scribbling it in her father’s parish register, to dedicating short works of parody prose such as The Beautifull Cassandra [sic] to her beloved sister in her youthful collective works or ‘Juvenilia’, Jane Austen’s desire to create worlds within and from her world, was inexorable. From her nascent imaginings about the human condition and her adult observations of it, she gradually created and developed the characters and their six stories that have become so universally acknowledged and adored. Four of those novels: Sense and Sensibility (1811), Pride and Prejudice (1813), Mansfield Park (1814), Emma (1815) were published in her lifetime and two posthumously, i.e., Persuasion and Northanger Abbey (1817). She also wrote two shorter compositions: Lady Susan and The Watsons and was busy working upon the remarkable first draft of Sanditon, which only comprised twelve chapters at her death in 1817. Those works published during her life were merely accredited to ‘A Lady’, which, by degrees became the fashionable moniker, ‘Lady A—’. Only after her death was her real name made public. Handwritten on the title page of the four-volume edition of both Persuasion and Northanger Abbey, published by John Murray in 1817, ‘Miss Austen’ was finally officially revealed as the author of ‘ “Pride and Prejudice,” “Mansfield Park,” &c.’

Sharing a life with her sister, Cassandra, and fundamentally in the two most significant experiences of it at Steventon Rectory and Chawton Cottage, both in Hampshire, Jane was surrounded by a host of intriguing family members, friends and neighbors. From sinister earls to novelist cousins, Jane had a rich microcosm to draw from in the course of her steadily unfurling work. And, in between the two most settled places of society in her life, there also came an unwelcome sojourn in Bath and a happier stay in Southampton; each also filled with their own set of ‘players’ whom Jane observed with a keen writer’s interest. Undoubtedly some of what she witnessed earned its debut in her iconic novels in one wry way or another, so that we find so much to identify with in the likes of Dashwoods and Bennets alike—to name but two coteries of Austen creation of whom we have all grown so fond.

Of love of which she wrote so intuitively, there were two significant ‘first impressions’ that were remarked enough by family and friends to have been recorded in history. Thomas Langlois Lefroy, a dashing Irish visitor (of Huguenot extraction) to Hampshire, left his mark enough for Jane to have openly shown her preference for him, and he for her. Nothing was to come of this brush stroke in love, however, owing to their relative modest circumstances, and, in Lefroy’s case, his dependency upon an intractable benefactor.  The second was a gentleman whom Jane met in 1802 in Teignmouth. There was such an evident attraction between them that her sister, Cassandra, thought it an attachment that would end in a proposal. They were separated at the end of the visit, however, and though expecting to see him again, they were ultimately informed of his untimely death by his brother.

Of marriage, of which Jane Austen wrote equivocally, she did receive one formal proposal in December, 1802. Harris Bigg-Wither, heir to Manydown, and brother to friends and neighbors Alethea, Elizabeth and Catherine Bigg, was the gentleman ready to offer Jane a lifetime of comfort and security. Accepting Harris’s proposal overnight, Jane obviously thought better of becoming Mrs. Bigg-Wither, and withdrew it again the following morning. A revelation, perhaps, that she could not—or would not—marry without love.

Her premature passing came in Winchester, July 1817. She had moved there to be closer to John Lyford, the doctor that attended her throughout her illness, which has since been conjectured as everything from Addison’s disease to Hodgkin’s disease. Jane remained inseparable from her sister during this closing chapter of her life, and as the end approached, Cassandra wrote, ‘She was the sun of my life, the gilder of every pleasure, the soother of every sorrow … it is as if I had lost a part of myself’. Words that shall eternally resonate with the exquisite touch of everything ever written by ‘the Bard of Bath’—and all ‘with so fine a Brush’.