About the Author
Lady A~ is merely A~ Lady... 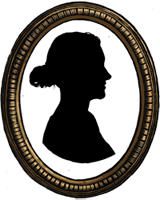 A shade of something ‘Lady A—’ always lurked in this lady‚ and though she would ignore it‚ it would not be ignored. Taking up her pen at last‚ some fifteen years ago‚ she answered a lively mind‚ not quite at ease‚ and saw everything. She now brings readers seven original novels full of captivating characters that are both trusty and troublesome‚ enough to sate even the most discriminating Janeite minds‚ and all in one exquisite domain—welcome dear friends to The Bath Novels of Lady A~ (TBNLA)!

Merits and Mercenaries is the first of seven Bath Novel ‘Classic Companions’‚ and in it Lady A~ takes readers back to the ‘cradle’ of that all-inspiring genius‚ but only to unearth three entirely new families in a Hampshire country village‚ whose united destinies are anything but probable.

Here‚ Fond Friends‚ you will meet a splashing of the dashing and villainous meritocrats and mercenaries of M&M‚ and in a very ‘novel’ way. Lady A~ will show how they were drawn in her imagination and how Jane Austen’s influence subtly colored every stroke of the fine brush that crafted these fascinating characters in profile.

In settling upon a ‘direction’ for my hero in this first Bath Novel‚ it very soon became apparent that ‘plunging’ into Jane’s pool of literary DNA would be as unavoidable as it was necessary. That he must possess something ‘Darcinian’ was inevitable—it is a prerequisite of any successfully fashioned Austenesque hero—and as William was originally intended to be ‘a Darcy’ in an extension of the avidly fêted Pride and Prejudice franchise‚ he came away‚ almost unwittingly‚ with a good dose of Fitzwilliam Darcy’s rationale and attributes. Moral rectitude‚ princely good looks‚ pride in one’s history and the power of a rich dynasty are all significant elements of his Darcinian genome.

The reader initially comes upon my William‚ tranquilly and nobly situated in his two thousand acres of country seat in Hampshire‚ at Halford Manor. There he is happily established as a just and steady landlord of an ‘improved’ estate‚ where the benefits of his unimpeachable stewardship have endeared him to the popular and populous alike. He seems‚ at first‚ almost too perfect. Wealthy‚ handsome and tall in figure and stature‚ and as straight as any ‘William Tell’ arrow‚ Halford is everything that is black and white—and in the most reservedly elegant manner imaginable. But this is where my hero begins to get ‘interesting’. His ‘restraint of nature’ soon augurs to be the Achilles’ heel of what otherwise might have turned out to be a two-dimensional caricature of his much-adored predecessor. William’s ‘weakness’ is the very thing that takes him to the third dimension. It is also the thing that is required to showcase his strengths and create the chemistry that evolves between him and Katherine Huntley‚ the lovely ‘quixotic’ meritocrat who touches his heart and challenges his diligence. If that were all‚ it might certainly be all that was needed to move M&M’s plot along rather enticingly—but‚ naturally‚ it was not. Thanks to William’s ‘dependable fault of nature’‚ his too-reasonable reserve is enough at odds with his emotions to allow the vixen of the piece‚ Maria Beckett‚ to exploit a rather unfortunate set of circumstances to her material advantage‚ and so to create the essence of the novel’s very delicious intrigue.

At such a place does the complexity of my hero’s journey to self-discovery become as much a process of learning as it is a passage of leaving the Darcinian mold behind‚ in order to establish himself as a ‘scion’ of his creator in his own right—a modern meritocrat; and with a new legacy to fashion from the old. William still bears the torch for Darcy‚ but in an entirely fresh attitude. It allows readers to admire him independently from the latter hero’s reflection (in that too-erotic‚ 20th-century ‘Pemberlean’ pond!) from which he was drawn‚ to the multidimensional creature he becomes through both life’s and love’s instruction.

All of this happens to William‚ but under the ‘modern eye’; one that views the enchantment of the past within the advancements of the present. William has been created to especially meet the needs of contemporary understanding‚ so that readers may divine as much pleasure from his gentlemanly strengths as they can feel frustration in his too-rigid policy of principle. It was always my intention that this ‘flaw’ would excite vexation because it is the only way to come to terms with the true knowledge of any character‚ most especially my William’s; and as he himself begins to discover it.

Yet as this process unfurls‚ like any perplexed Regency hero worth his weight in chapeaux-bras‚ William’s struggles are the very things to steel the metal of his ‘reformist’ soul‚ and as he fights to overcome his deficiencies to reach for triumph‚ the greatest ‘frustration’ of all is the very thing that determines the nature of his heroism. Annealed by the presence of a malevolent adversary‚ the destiny of William Halford’s character is set to become overshadowed by the presence of a very formidable foil. May I now introduce you‚ Fond Friends‚ to M&M’s most infamous protagonist...

Mr. Pope was my first experiment in grand villainy. Pope appears here‚ juxtaposed in William’s vicinity of our ‘Nook’‚ even before Katherine Huntley‚ because he represents an equal but countering energy to that of William Halford. If William is the ‘Best of the Blessed’ then Pope is the ‘Test of the Pests’! To form a perfect ‘partnership’ of ‘opposites’ between this hero and arch-villain was‚ in fact‚ almost as delicious as creating my protagonist pair of lovers. It was certainly a most revealing and necessary thing to expose William’s heroic strengths and weaknesses with such a volatile catalyst as my sinister Pope.

Although this celebrated mercenary is only introduced in the second volume of the book‚ his ‘omniscient’ presence‚ shadowy and unseen‚ lurks everywhere in the ‘Hampshire-half’ (first volume) of Merits and Mercenaries. He is every subtle shade cast over William’s (and the other main players’) country idyll‚ and though he is a wholly ‘unknown’ quantity at this ‘stage’ of the novel‚ an idea—though somewhat imperceptibly—is created of his presence. As Pope’s silhouette hovers so stealthily in the wings‚ when finally he makes his rascally debut‚ he emerges as a very modern mercenary—a metrosexual menace‚ if you will. Indeed Francis is no stereotypical Regency villain‚ but‚ following the late‚ great Jane Austen’s example‚ he is a smooth‚ smiling veteran of the vicious who rather than choosing to be a highwayman‚ opts rather like Henry Crawford‚ Mrs. Norris‚ Willoughby or Wickham to hijack the serenity of decent and indecent persons’ lives together. He personifies‚ in the flesh‚ the perpetual sense of that ‘intangible threat’ which pervades the collective consciousness of M&M’s cast from the book’s first enigmatic scenes. As this sense of that ‘something’ shape-shifts into the person of Pope‚ the very unpredictability of his indeterminate nature becomes the essence of the villain that blows ‘hot and cold’—and the surest challenge to William Halford’s unerring steadfastness. This ‘clash’ of sensibility with sense: a mercurial personality throwing the gauntlet before an unwavering meritocrat‚ is the very fix of forces that finally (and ironically) casts a light on the blackened ‘thing’ that all the time creeps after the protagonists and their supporting camps. It is Pope’s mercenary plans-in-the-moment‚ machinating for money and pleasure as a ‘capital’ consumer‚ pitted against Halford’s ‘immovable will‚ which moves the action forward at a pace; and all against town’s merciless metropolitan backdrop. So effective is Pope’s purely malevolent influence in this milieu that all that is tightly coiled in William’s purer ‘rural’ Hampshire repression begins very rapidly‚ in London‚ to unravel.

Pope is‚ in Merits and Mercenaries‚ as surely‚ the town to William’s country‚ and the moon to his sun. Just as the entire Bath Novel concept is based upon the notion of ‘duality’ and countering and complementing opposites‚ the notion of a primary match of such a hero and such a villain turned out to be the most ‘fitting’ match of all‚ and before I created any such thing of love. To be sure‚ if my lovers were to find fulfillment and discover ‘self’ then they required true adversaries as much as they wanted trusted advocates.

Fond Friends discover the divine and diabolical for yourself.